Today my birth son leaves for college. This is a very bittersweet day for me. I have been blessed to have lived within an hour from him for all but 8 months since he was born. I'm very proud of him and excited for what his future holds. My birth son is an amazing young man with a very bright future ahead of him. I see great things coming from him. I know he can do what ever he sets his mind to. All I want is for him to follow his dreams and to never give up. He is one of the kindest and most thoughtful young men I know. I'm blessed to call him my birth son. I'm honored to be a part of his life. I learned about sacrifice and unconditional love the day he was born. I know how lucky I am to have him in my life as my friend. Good luck Lucas! I'm very proud of you!
Posted by Aume Studios at 12:04 AM No comments:

18 years ago my life changed today. My handsome birth son was born. I am proud of the man he is becoming. I am proud to call him my birth son and my friend. Lucas taught me about unconditional love. Two families came together to celebrate his life and we became one amazing extended family. Happy 18th Birthday! I love you! Today I celebrate your amazing life.

I dreaded his 18th birthday for a long time. My birth son is an adult. Now our relationship is his choice. I spent his birthday feeling proud. I wouldn't change anything. I'm thankful for our open adoption. 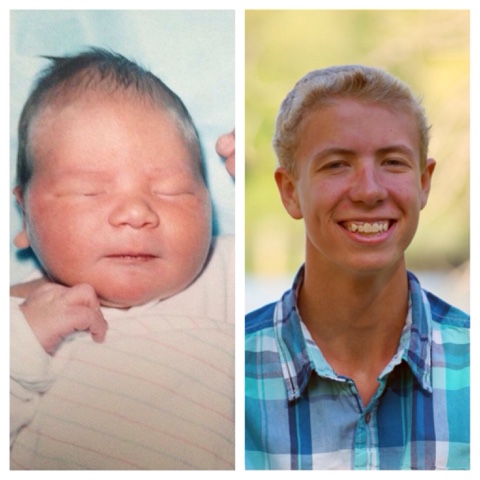 Posted by Aume Studios at 1:22 AM No comments:

This December will be 18 years since I placed my birth son. I have never doubted my decision to place him through an open adoption. It wasn't easy but I wanted more for him then I could provide. My life was a struggle. I made the best choice for the both of us. Eight years later I married my husband and a year later I had our son. Here is where my doubts come in. I have struggled mentally and emotionally as a mom. My son is my world. Daily I wonder if I made the right choice. Am I what is best for my son? Doesn't he deserve more than what I can offer? I know my circumstances were different. My life isn't where I expected it to be. I'm struggling. I want to give my son the world like I did my birth son. I want both of my boys to be proud of me. I'm working on putting my trust into God. This is a new concept for me. I'm working on believing in myself. I have an amazing tribe who are there for me everyday. Life isn't easy but nothing worth it ever is.
Posted by Aume Studios at 9:31 PM No comments:

Eighteen years ago I found myself on my own dealing with an unplanned pregnancy with only my parents for support. The birth father had walked away from us. I was scared. I was lost. I knew I wasn't ready to raise a child on my own. I had just turned twenty and had to move back in with my parents. I sat with my mom one day and talked about my options. At that time I didn't really know anything about adoption. My mom helped me research open adoption. I decided that an open adoption was the right choice for both of us. The boy I was carrying was my heart and soul. He was everything to me. I needed to know him. I needed to see him become a man. I needed him to know how much I loved him and always would. My midwife gave me the name of a lawyer. He started getting family profiles together for me to look at. My mom found the most amazing family for me. My lawyer tried to talk me out of meeting the family that my mom found. I insisted on meeting them and knew that night that they were the perfect family to raise my boy. I refused to look at any other family. I have never regretted my decision to place. I have never wished that things were different. I have always known that adoption was the best option for both of us. I have been blessed to be a part of their family, to watch my birth son grow to become an amazing and handsome young man. I have been blessed to have him grow to become one of my most treasured friends. The future scares me and I don't know why. I know I have a great relationship with him. At times I feel so alone. I have birth mom friends but I can't share these feelings. I can't always share my thoughts with him. I have been lost in my thoughts all day today. My birth son is a senior in high school this year, he turns 18 in just a few months. I'm proud of him. I couldn't be prouder. But, I'm scared.
Posted by Aume Studios at 6:59 PM No comments:

I was honored to take senior pictures for my birth son this past weekend. It meant the world to me that I was included by his family. I'm proud of this amazing young man! 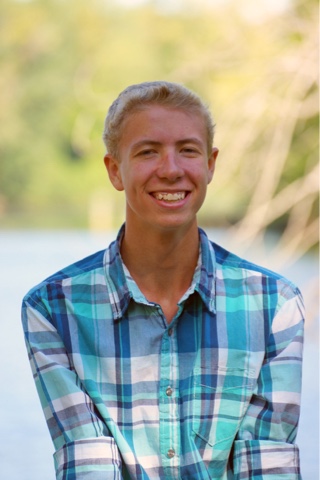 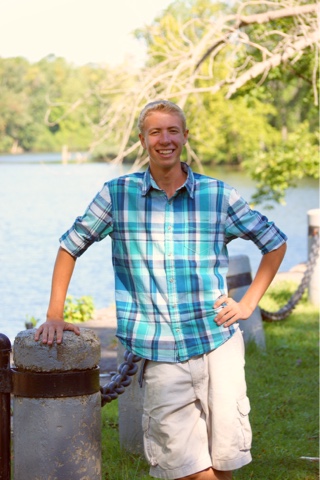 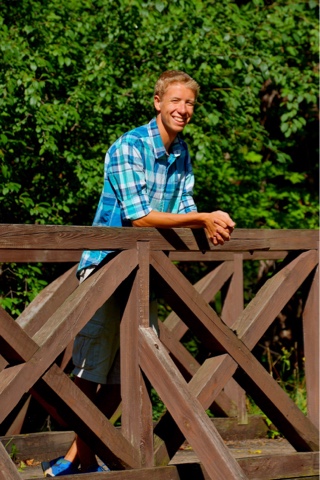 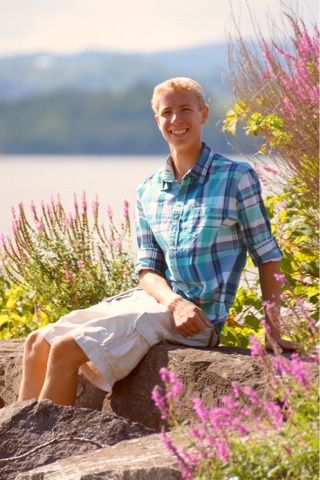 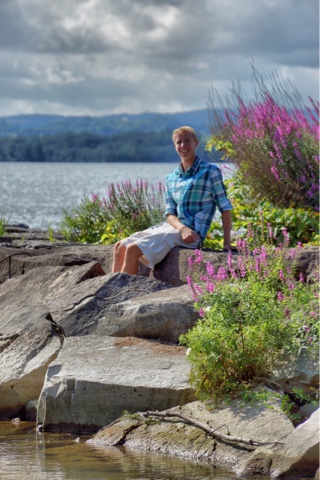 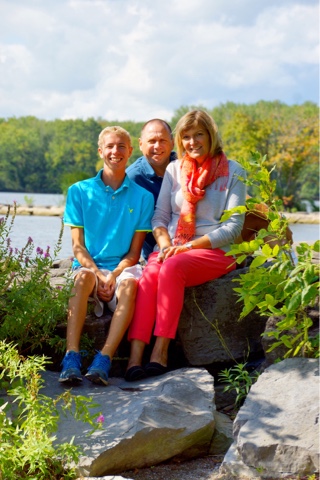 I have been thinking about the birth father a lot lately. I think he has been on my mind so much because our birth son is about to turn 18. Last November, I ca,e to the realization that I needed to forgive him. I needed to allow myself to heal and the only way I could do that was to completely forgive. I wanted to write down what I remember about him.
I met Brian when I was about to turn 18, he was 19. We met the summer of 1995 through a high school friend of mine that he worked with. Brian and I became friends very quickly. We started hanging out every weekend. We were both huge baseball and football fans, just not the same teams. Brian was a Cincinnati Reds and Miami Dolphins fan while I am a die hard New York Yankees and Philadelphia Eagles fan. I always felt comfortable with him. The more time we spent together, the closer we grew. It didn't take long for us to start dating. We dated on and off for two years. When we broke up we always remained best friends. There was a connection there that I had never experienced before.
Brian was born April 13, 1976. He graduated from Charles W. Baker High School in Baldwinsville, NY. His father lived in Chittenango, NY and worked for Coca-Cola and his mother lived in the Village Greens in Baldwinsville and worked in the school bus garage. Brian was a cook when I met him. We worked the NY State Fair two summers together at the West End Bar & Grill.
Brian was supportive of me trying to enlist into the NY Army National Guard. We used to talk every night about our dreams and just our daily lives. When I went to MEPS for my physical and was told I was pregnant I was in shock. My recruiter took me home so I could talk to Brian. We sat together that night in our apartment and he held me while I cried. Brian told me it would all be ok. We both understood we had to make a decision. We talked for a couple of days and weighed our options. At the time we thought we had two options, parent or abort. Together we decided on abortion. We went to Planned Parenthood together. After they did my ultrasound, we were taken to a private room so they could talk to us. They told us that they couldn't help us because I was too far along. I had only known I was pregnant for a week. How could I be too far along. We went home together both in shock.
Brian told me that he would help raise the baby. We both told our parents in our own ways. He was able to go to his mom's house but had to tell his dad on the phone. I don't know how his conversations went, I just know what he told me later. I told my mom on the phone because of her work schedule. My mom was crying when I told her. The first thing my mom said was don't marry him because of the baby. I told her we weren't thinking about marriage. I was 19 and he was 20. On my 20th birthday, Brian told me about his conversations with his parents. They had offered him $300 to move to Florida and to forget about us. He was moving. I was now on my own. The very next day I moved home to my parents. That was when I decided on adoption.
It took me almost 17 years to forgive Brian. He broke my heart. Brian has never seen a picture of our birth son. He knows nothing about him. I have held onto a couple of pictures of Brian for Lucas. I wanted to be able to show him what he looks like, to share memories. The day Lucas was born I promised him that I would always be honest Bout his birth father. That when the time came, I would help him find Brian. I will never bad mouth Brian. I still have a special place in my heart for Brian. He helped create a child who has grown up to be an amazing young man because of the wonderful job his parents have done. 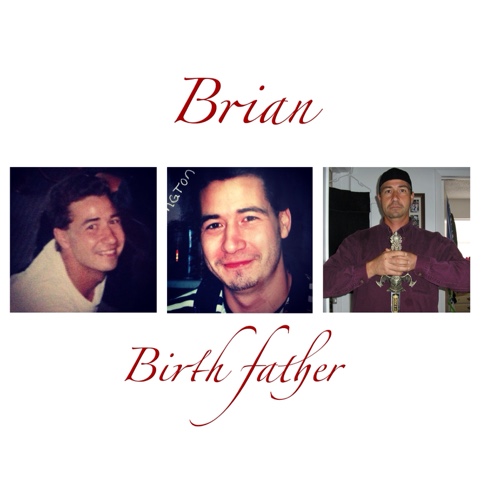 Posted by Aume Studios at 10:07 AM No comments:

I want to talk about coercion. The definition of coercion is the practice of persuading someone to do something by using force or threats. This is a topic that is constantly brought up within the adoption community. I have heard that coercion always happens and if you don't believe this then you have been brainwashed. It doesn't always happen though. I wasn't coerced. I was allowed to make my own decision. I have heard complaints on when a hopeful adoptive parent or a birth mother supports an expectant mother on their choice that it is coercion. I have heard that we should always do what is necessary to keep the child with the expectant parent. Why can't we just educate and support the expectant parent(s)? How is it right for anyone to tell an expectant parent what decision is right? Being told that you will regret or that you are making a huge mistake is forcing your views onto the expectant parent(s). Being told that just you wait and you will end up in the same position as the rest of us is a form of coercion. I went 16 years without being a part of the adoption community. My adoption community during that time consisted of our triad. I have started sharing my story not in order to convince an expectant mother to place her child but to show her what a successful open adoption can look like.
Posted by Aume Studios at 5:48 PM No comments: 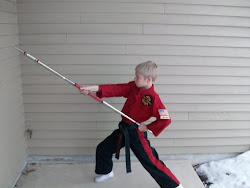 Aume Studios
I have been a birth mom for over 17 years now in an open adoption.